Although the Alexander McQueen skull scarf has been around for a while – I’ve noticed a resurgence in skull-print clothes this season. ZARA has many items featuring skulls:

And even my favorite place for denim – Garage – is selling adorable (and VERY affordable) skull-print scarves. I picked up the white version recently:

It’s similar to the McQueen scarf, but there are differences in dimensions, print and material – so it isn’t an exact copy of the original.

Here it is next to my Coral McQueen skull scarf (pink version here, mint version here). As it’s longer and thicker than the McQueen, it looks better wrapped around the neck rather than hanging loose. For around $12 – it’s a fun & affordable piece to own. (This McQueen pink petal multi-skull silk scarf has stolen my heart – but it’s much less affordable at $595!!)

While I have a LOT of scarves, I’m still on the hunt for a new winter coat. I picked up these 2 coats during Old Navy’s 50% off Outerwear Sale.

I don’t think I’ll keep the Grey Peacoat – it feels a bit shapeless and baggy, and the wool mix material isn’t that warm. I’m VERY undecided about the Faux Shearling Blue Coat – it’s so soft and warm BUT I’m worried it looks too little-girlish* – what do you think?

*(whispers) which is probably because it’s an XL coat from the Girl’s
section! I couldn’t help it – I love faux shearling and they didn’t have
any adult versions available…

I received the Old Navy Boots I blogged about here – but I’ll be returning them. On the plus side, the base of the shoe is nicely shaped with an almond-toe and a comfortable wedge heel. BUT the pleather is softer and shinier than the material used in my other Old Navy boots (which are made of a pebbled pleather). I think this different material makes the boots look cheaper – especially because they collapse around the ankle – not a good look!

And now for some recent OOTDs:

Camel Polka-Dot – Was so pleased that Old Navy came out with another version of their polka dot sweaters (here’s the first version) – I like the larger dots on this one. I also ordered the GAP polka dot sweater in pink and camel to try out, but I prefer my Old Navy one more.

What do you think of Garage’s skull scarf? Would you buy it or hold out for the McQueen version? Also – please let me know (honestly!) if you think the faux shearling coat looks too little-girlish – I can’t decide! 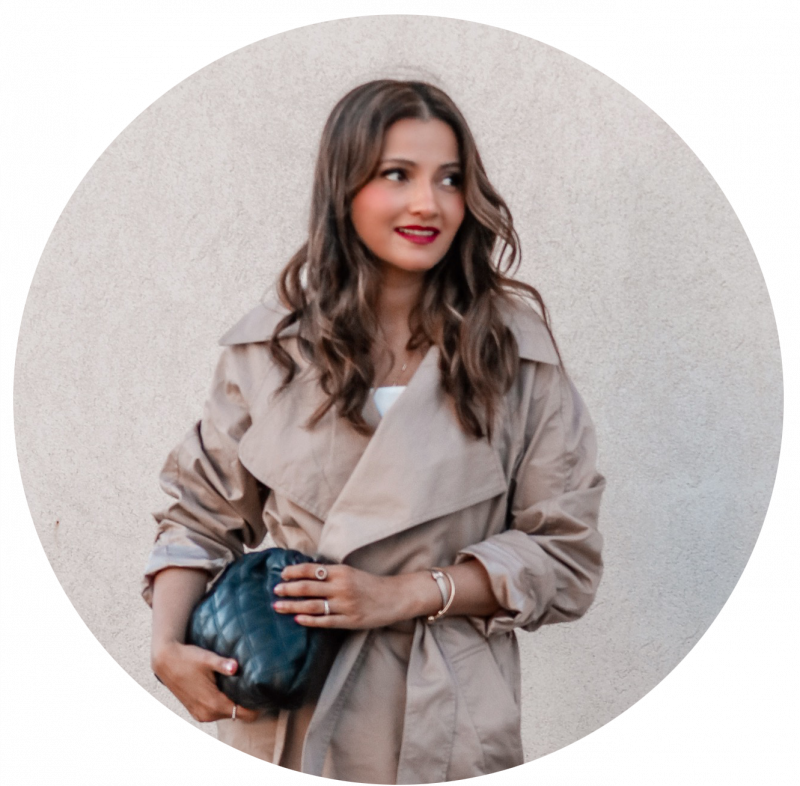